Posted at 14:36h in news by basebridge 0 Comments
0 Likes

In honor of our 30th anniversary as a non-profit with a mission to prevent and end homelessness in the state and end the personal and social trauma of homelessness, we held the 30th anniversary: Celebration of Hope, a festive fundraiser, on Wednesday, September 11, 2019 at the Squantum Association.

5 dedicated supporters of House of Hope CDC were presented with awards to thank them for their unique contributions to the organization over the years. This included the Pioneer Award, awarded to Carol Rooney, The Game Changer Award, awarded to Bret Williams of Team Williams and the Heart of Hope Award, awarded to Dr. Craig Kaufmann, Catherine May, FNP and Rahul Vanjani, MD.

All guests had the unique opportunity to tour Shower to Empower, an innovative mobile unit that provides complimentary showers to Rhode Islanders experiencing homelessness as well as case management, medical navigation services, haircuts and other services to help restore dignity to those in need.

“But we’re NOT in the shower business – we’re in the HOUSING business. EVERYTHING we do at House of Hope is in service of this – moving folks off the streets and into HOUSING. We will never see a state that ends homelessness unless EVERY SINGLE ONE of us across the state sees the injustice of a life lived on the streets, and together we all say “NO MORE”.  Said Laura Jaworski, Executive Director for House of Hope CDC.

More than 300 people were in attendance and over $65,000 was raised to allow House of Hope CDC to continue bringing effective, life-changing programs to those experiencing homelessness in Rhode Island. 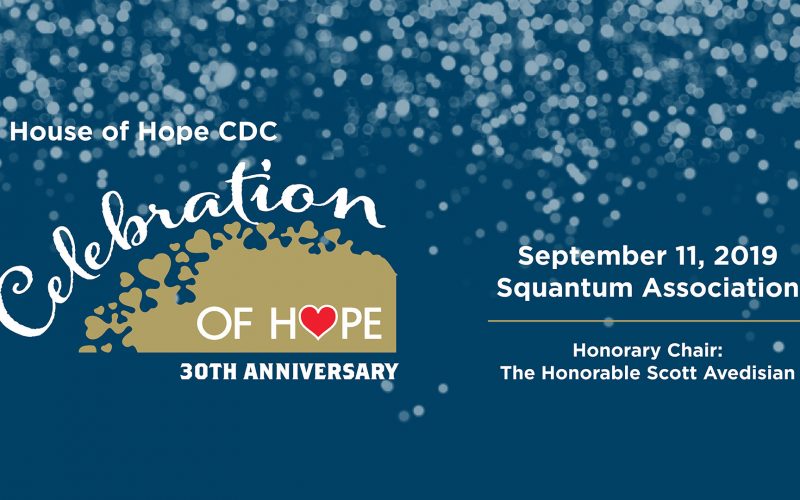 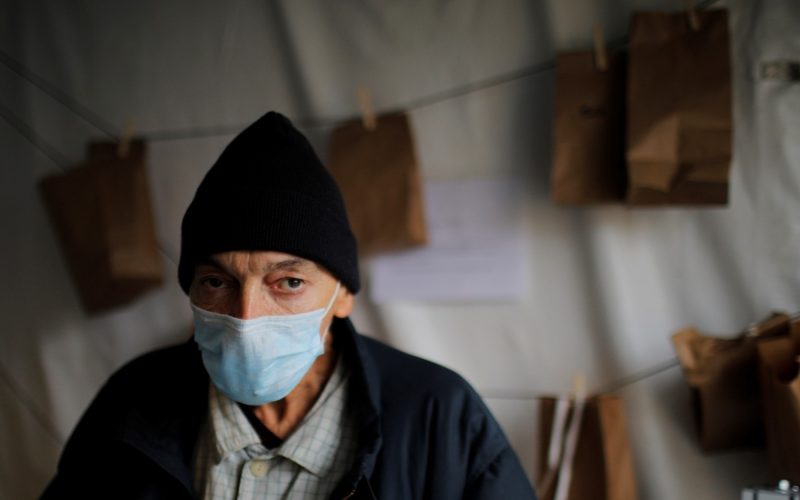 Join House of Hope CDC for its 30th Anniversary: Celebration of Hope on Wednesday, September 11, 2019 at the Squantum Association in East Providence, RI.  This one-time, festive fundraiser will honor the historical and present day successes and people of the organization as it continues its mission to prevent and end homelessness in the state and end the personal and social trauma of homelessness.  Through the creation of affordable housing and other progressive programs, House of Hope delivers life-changing services and advocacy to ensure everyone can have a safe, stable home.

The night will begin with an exclusive pre-event reception at 5:30pm that will delight VIP guests with hors d’oeuvres and cocktails overlooking Narragansett Bay. This reception will feature a can’t-miss performance by local storytelling legend, Len Cabral.

At the Celebration immediately following, guests will enjoy an evening of delicious cuisine and camaraderie paired with an open bar of beer and wine donated by Thorpe’s Wine & Spirits. Three awards will be presented to the following recipients for their outstanding support:

All guests will have the unique opportunity to tour Shower to Empower, an innovative mobile unit which provides complimentary showers to Rhode Islanders experiencing homelessness as well as case management, medical navigation services, haircuts, and other assistance to help restore dignity to those in need. This unit is just one example of House of Hope’s progressive programs serving over 1,273 individuals experiencing homelessness in 2018 statewide.

Squantum Association has selected House of Hope as a recipient of Squantum Serves, an initiative to provide at-cost services for community organizations in an effort to improve the quality of life in our state. This amazing program enables more dollars from the Celebration to go directly to those in need.