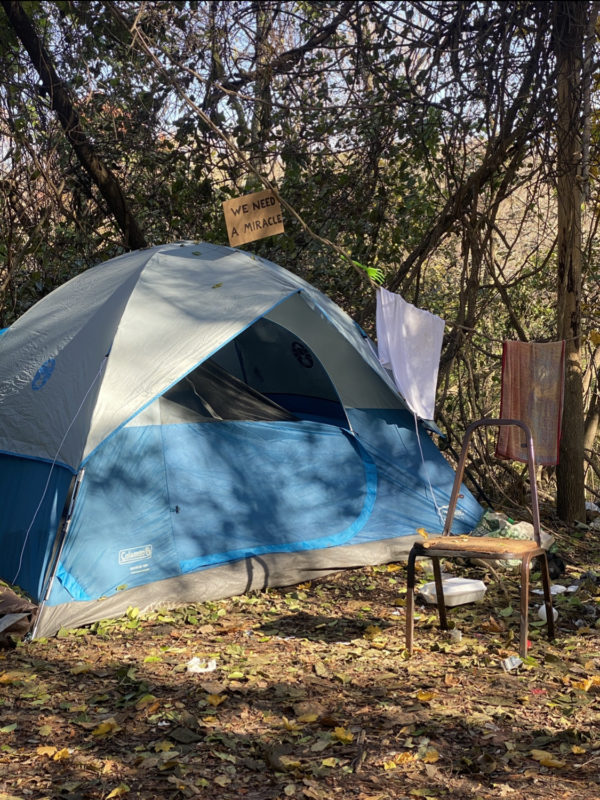 In April 2018, House of Hope CDC launched the first mobile shower unit in New England and the first of its kind in the country. Since its inception 3 years ago, Shower to Empower has provided 900 medical visits. The way these lives have been touched through Shower to Empower is immeasurable – people like George.

“There’s no need”… “This is too out of the box”… “This will never work”… were just a few of the early reactions to Shower to Empower. Knowing that we could meet our constituents where they were, literally and figuratively, our response was “CHALLENGE ACCEPTED”.

George began sleeping on the streets of Rhode Island in September of 2019. Suffering from severe hearing loss, relied heavily on his cochlear earpiece and on reading lips. After sleeping outside during a storm, George lost his cochlear earpice, adding additional communication challenges. Although George would visit Shower to Empower twice a week, he would NEVER ask for help. House of Hope’s case managers remained engaged with George every week in order to gain his trust and ultimately bring him from homeless to housed.

“The pandemic had a profound effect on George. Many of the places he would go to for services were shut down. Services were primarily available via phone; a huge challenge for George due to his hearing impairment.”

George was sleeping in a tent in an encampment in Pawtucket with a sign that simply read “We need a miracle.” Shaina, a member of the outreach team, worked hard to help George gain access to benefits and resources. “Over the time we spent working together, Shaina became my voice and my ears.” George explained. And after two years of sleeping on the streets, George gained access to housing for his own apartment this past summer.

Earlier this year, the House of Hope CDC made a significant update to our mission statement. We affirm that safe, stable housing is a basic human right. Our work will address the trauma of homelessness by empowering constituents, delivering high-impact innovative services, diversifying housing options, and advocating for policies to counter structural inequalities.

Shower to Empower is so much more than just showers – it’s about giving people hope. And for George, it was where he found his miracle. To help us continue providing these life-changing services and small “miracles” for those experiencing homelessness in Rhode Island, make your gift today! We cannot do this meaningful work without your support and will not stop until homelessness is a distant memory.

To make your gift today – click the donate button below.